Christian Eriksen made an emotional return to football on Saturday, eight months after his cardiac a

Christian Eriksen made an emotional return to football on Saturday, eight months after his cardiac arrest and Premier League players and fans showed their support for beleaguered Ukraine.

On the pitch, Manchester United dropped crucial points in a frustrating 0-0 stalemate with Watford while Tottenham hammered Leeds 4-0 to keep their hopes alive of qualifying for next season’s Champions League.

Brentford boss Thomas Frank brought on Denmark playmaker Eriksen in the 52nd minute with his side trailing 2-0 at home to Newcastle after goals from Joelinton and Joseph Willock.

It was the first appearance in a competitive match for the 30-year-old former Tottenham and Inter Milan playmaker since he collapsed on the pitch during Denmark’s opening Euro 2020 match against Finland in June.

Eriksen has been fitted with a implantable cardioverter defibrillator but was unable to continue his career with Italian champions Inter, with ICDs not permitted in Serie A.

The midfielder was given a standing ovation by the crowd and both sets of players at the Brentford Community Stadium as he made his entrance.

But he was unable to influence the scoreline, with Newcastle’s 2-0 win lifting them above Brentford, who are now just three points above the relegation zone.

“If you take away the result I’m one happy man,” Eriksen told Sky Sports. “To go through what I’ve been through, being back is a wonderful feeling.

“Thomas (Frank) didn’t say much (when I came on). I’ve been speaking to him every day for the last few weeks. He just said ‘good luck and enjoy the game’.”

Ukraine team-mates Vitalii Mykolenko of Everton and Manchester City’s Oleksandr Zinchenko embraced before the late kick-off at Goodison Park, where both were substitutes.

Both teams sported the colours of the Ukraine flag before the match, with Zinchenko in tears as the crowd unveiled banners including one that read “We stand with Ukraine” following Russia’s invasion of the country.

Earlier, Manchester United and Watford players stood together with a sign saying “peace” in six languages ahead of their game at Old Trafford.

United dropped two points at home to their relegation-threatened visitors despite dominating the game and producing 22 shots on goal.

The result leaves them in fourth spot in the Premier League but they are now just two points ahead of Arsenal, who have three games in hand.

“We did everything apart from score,” interim manager Ralf Rangnick told the BBC.

“It’s hard to take that result. In the end, if you miss that many chances, it is difficult to win the game. We were in full control for almost the whole game. We didn’t allow them hardly any counter attacks.

“We need to be sharper in front of goal — you can hardly create more chances than we did today. In the end it is a very frustrating afternoon.”

In the early kick-off, Tottenham blitzed Leeds to put a smile back on the face of Antonio Conte and ratchet up the pressure on Marcelo Bielsa.

The visitors, who had lost four of their previous five league matches, were 3-0 up at half-time after goals from Matt Doherty, new recruit Dejan Kulusevski and Harry Kane.

A late strike from Son Heung-min following a pinpoint pass from Kane completed the rout at Elland Road.

The result brightened the mood of Spurs boss Conte, who insisted on Friday he was committed to his job after comments following their midweek loss at Burnley had cast doubt on his future at the club.

“We had to put great desire and determination in every game from the start until the end and today we saw this,” the Italian told the BBC. “My teams are not soft. My teams need to be strong.

Matty Cash put Aston Villa in front at Brighton, lifting his shirt to reveal a message to Poland international team-mate Tomasz Kedziora, who plays his club football for Dynamo Kyiv in Ukraine, and Ollie Watkins made it 2-0. 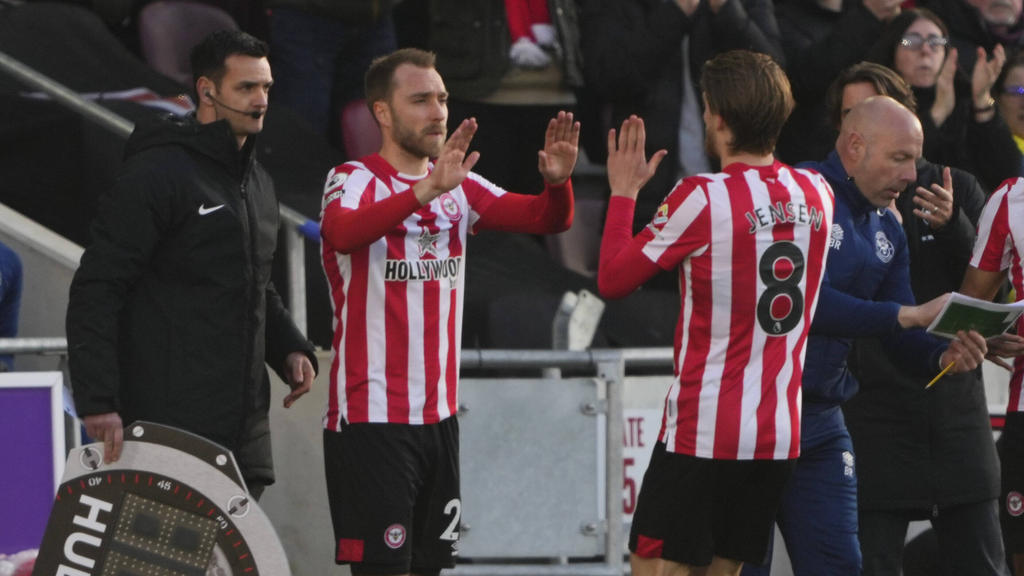